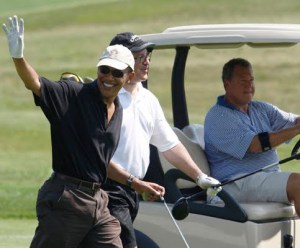 Meet the New Boss, Same as the Old Boss

Democracy is a pathetic belief in the collective wisdom of individual ignorance.

By now it should be painfully apparent to all but the most befuddled, celebrity worshipping O-Bots and their asinine counterparts in the malodorous and fraudulent Tea Party movement that there is really very little actual difference between the regimes of President Barack Obama and those of his predecessors. While I admit that the Bush-Cheney regime and the neocon ghouls that filled it has a special place in historical infamy and while there is little substantive policy difference Obama is an improvement over that confederacy of dunces, he has slid very easily into the suit of the American Emperor. Some of my more cynical friends on the far left called it as it was and I regret alienating them during the primary process. If I could take back my words on Hillary Rodham Clinton as being the “Joan of Arc of the dry pussy demographic” and other nasty comments I would do so today. Not that Mrs. Rodham-Clinton isn’t a corporatist warmonger of the highest order but at least there is some semblence of being qualified while Mr. Obama is clearly not up to the task. Fortuately for him the real power in the US of A rests with the financial oligarchy, the big energy cartels and the uber rich and of course the state of Israel and it’s hordes of fifth-columnists in the Pentagon, Christian churches and most importantly the U.S. mainstream media.

During the first year and a half of the Obama administration, the Pope of Hope has presided over the largest and most obscene taxpayer funded bailout of Wall Street criminals, hedge fund hyenas and the degenerate gamblers who have detroyed the global economy with their derivatives. There is nothing that Obama could have possibly done, short of beheading small children on the front lawn of the White House that could even remotely top the gross criminality of the Wall Street swindler bailout. Granted that it began in the final months of the Bush administration under Henry Paulson, another of the Goldman Sachs financial predators who are allowed to regularly slither into the halls of government power no matter who the president or party in control is but it was Obama’s ongoing failure to hold any of the thieves accountable. Not that accountability is very big with any U.S. leader, were this a sane and moral country Richard B. Cheney would currently be rotting in a prison cell, Clinton would have never allowed the Iran-Contra traitors to get off of the hook to save the ass of Poppy Bush and Ford would have never pardoned Nixon. But this is not any sane (not even remotely so) or decent society rooted in any sort of a moral value system. That being said, prepare for the screws to continue to be put to the average American schmuck by the likes of Wall Street moles like Timothy Geithner and Helicopter Ben Bernanke. 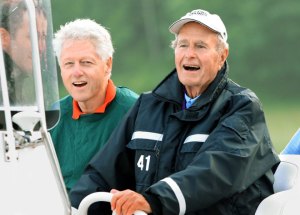 Obama has made it very clear that he understands who he represents and despite the lip service that he and others in his position pay to the little guy the average American is shit out of luck when it comes to expecting any sort of a level playing field when it comes to the mockery that is democracy. The corporations long ago bought and paid for this place and to borrow from the late, great George Carlin “it’s called the American Dream because you have to be asleep to believe it. Face it people, the game is rigged! Any resistance has been co-opted, for example the media suckling of the ridiculous teabaggers who are nothing more than a bunch of pissed-off white people completely assimilated by the criminal Republican party to in a true historical context take to the streets in protest to support the British Monarchy. Obama’s second term is practically guaranteed unless he gets some kind of wild hair up his ass about actually going FDR and goes off of the reservation but that ain’t gonna happen. While his popularity rating will soon be plunging there is zero real alternative and a bunch of fish-belly white, pig-headed, racist idiots dancing around with their Gadsden flags isn’t any sort of a real political movement, tens of thousands of angry white males may want to cum on Sarah Palin’s tits but the oligarchy has no use for an idiot like that. Obama will be our Herbert Hoover, his bailout of the banking criminals has the economy on the precipiece of a double-dipper as the phony stock bubble pimped by Vikram ‘the Bandit’ Pandit, Helicopter Ben and armies of payroll pundits like the jackass Jim ‘Mad Money’ Cramer will eventually pop and after so much electronically created funny money has been pumped into the already rotting corpse of American capitalism that there will be nothing left save hyperinflationary measures and crushing austerity to save the blessed Wall Street banksters. We here in Der Heimat will need the proverbial wheelbarrow full of Reichmarks to buy a loaf of fucking bread. The global economy is unsustainable, Europe’s financial system is continuing to come unwound and already there is social unrest unlike anything that is seen here on the world’s biggest lemming farm.

Obama’s reign will be just one more downgrade in the once great prestige of America, the brand name has been so thoroughly dipped in shit even the ultimate product as president can’t save it. Hello third world status! The imperialist, budget busting wars of choice not only continue but have been escalated by Obama who has neither the balls nor the experience to stand up to the war freaks in the Pentagon. I have already spoken of the Wall Street strip-mining, there is a mega-enviornmental disaster in the Gulf of Mexico thanks to the dicking around by the Obama administration in bringing B.P. to heel and it’s only going to get worse as the precious black gold spreads thoughout the Gulf and out into the Atlantic. It’s ironic in a very funny sort of way that the Republican party convention has picked Tampa for the site of their 2012 convention, the “Drill, Baby, Drill!” chickens are coming home to roost in the soon to be oil-coated diseased penis of America that is the state of Florida. Still there is zero chance of a legitimate contender rising from that pack of swine, rats and roaches to challenge Obama. He has about six and a half more years now to finish the job that Bush and Reagan started, Clinton abetted and has been blessed by bankers, polluters and war criminals everywhere.

And when all is said and done, the economy is in depression, the police state is in place, half the planet is occupied by U.S. troops and mercenaries and the ability of the biosphere to support human life has been damaged beyond repair Americans can be left to do that one thing that they have always been able to do so well: blame it on the nigger.

Next up: Jeb Bush in 2016 – to be coronated in front of an army of Tea Party brownshirts

Just my two cents over the morning cup o’ Joe