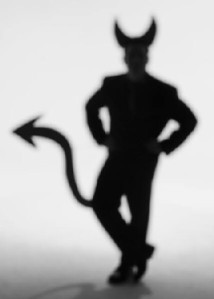 It was Colder than a witch’s tit here again this morning on the Suncoast. Another day of record cold temperatures, there is ice on the windows again, the local crops are about halfway to fucked which will result in rising food prices and according to the scum and swine at Progress Energy the resultant heat usage is putting a strain on their capability to deliver power consistently. In these bitter days of Florida winter there is nothing quite like venturing out into it to grab the morning paper and reading something like this.

Progress Energy Florida issued a public plea just after 5:30 a.m. — amid hot showers, lights flipping on and heaters revving up — asking customers to avoid, say, starting a load of laundry.

The rare request — the company’s first in 21 years — shielded customers from rolling blackouts as the entire state got close enough to its electrical capacity to trigger the advisory.

Capacity is important because electricity generally can’t be stored. It must be made when it’s needed.

Morning demand that hit more than 52,000 megawatts in an hour pushed Florida within about 2,000 megawatts of its required reserve, said Sarah Rogers, president of the Florida Reliability Coordinating Council, which helps utilities manage peak times.

The state’s last peak demand record was set in summer 2007. It hit new records on Thursday, Sunday and Monday morning. The 52,000 megawatts is 11 percent higher than the 2007 record.

Two factors conspired to push demand to the brink of blackouts: the length of the chill, and the way we heat our buildings.

Most people are willing to tough out a few cold days, Rogers said. But as the discomfort stretches on, they break down — and turn up the heat.

Meanwhile, electric heat pumps we rely on in Florida work with great efficiency. Until it freezes. Then backup heating kicks in, so-called “strip” or “resistance” heat that draws far more power. When temperatures at last drive us to touch the thermostat, that’s when systems work worst.

Power companies’ goal is enough power generation for peak demand. Other times, they can sell the excess.
Note the line that I highlighted and this sums up the whole sordid piece, the bastards profits are being threatened! Interestingly enough simply because I don’t believe in coincidence theories there was a hearing yesterday where Progress Energy’s rate hike what was being jammed down our throats was at least temporarily reigned in with their blessed profits being capped. Which gets to the larger problem in that essential services should NEVER be for profit enterprises, there was a law at one time, The Public Utility Holding Company Act of 1935 that put the shackles on the parasitical scum like Enron’s predecessors but Daddy Bush did away with that one back in 1992 before he slithered out of the White House. So now we are at the mercy of pigs who have no qualms about homeless elderly and children freezing to death in the streets just as long as their precious returns keep growing which is a particular problem with this bastardized form of American Capitalism, it MUST keep growing forever but like all cancers it is terminal.
It is grossly immoral what is happening in this country in 2010, after OBushma’s bankster bail outs and the coming forced purchase of shitty, overpriced health insurance from the penultimate bloodsuckers in the insurance industry what we have here is an economic system that creates nothing other than misery and then profits off of the suffering of the powerless (which means just about all of us who don’t have political connections) to drive up the phony, manipulated markets. Today’s CEO’s and other corporate bean counters, hacks and shills have reduced every damned thing to profit and productivity is just another word for slavery in Gulag America. Rather than get into the entire sordid history of how this all happened other than to say it has gone on for decades and the money pumped into brainwashing scared little sheep Americans into being happy consumers and chasing after that which can never be attained has been masterful, shit salespeople from Dale Carnegie to Ayn Rand to Ronald Reagan to Gordon Gekko to Jim Cramer to Obama himself have all played a part in the ransacking of the American worker. Personally I liken the institutionalized behavior of the looters to that of Nazi war criminal Adolf Eichmann who like modern America’s corporate overclass was obsessed with production, it’s just that in his case the widgets happened to be Jews who were gassed and incinerated instead of sales figures on say megawatts to pizzas to porn videos. By accounts Eichmann was more of a bureaucrat than a raving anti-Semitic ideologue and by fucking God he was going to make his numbers! The term for this man was the banality of evil which I believe can be attributed to Hannah Arendt and is applicable to the corporate rulers of this lemming colony today.
But I digress…
What is encouraging (although dismaying in that it is misdirected) is that many Americans are at the boiling point and are finally starting to get what the late George Carlin was trying to say in his career capping rant on who really owns America:

Forget the politicians. They’re irrelevant. The politicians are put there to give you the idea that you have freedom of choice. You don’t. You have no choice. You have owners. They own you. They own everything. They own all the important land. They own and control the corporations. They’ve long since bought and paid for the Senate, the Congress, the state houses, the city halls. They’ve got the judges in their back pockets. They own all the big media companies so they control just about all of the news and information you get to hear. They got you by the balls!

They spend billions of dollars every year lobbying. Lobbying to get what they want. Well, we know what they want. They want more for themselves and less for everybody else. But I’ll tell you what they don’t want. They don’t want a population of citizens capable of critical thinking. They don’t well-informed, well-educated people capable of critical thinking. They’re not interested in that. That doesn’t help them. That’s against their interest. That’s right.

You know something? They don’t want people who are smart enough sitting around the kitchen table to figure out they’re getting fucked by a system that threw them overboard thirty fucking years ago. They don’t want that. You know what they want? They want obedient workers. Obedient workers. People who are just smart enough to run the machines and do the paper work, and just dumb enough to passively accept all these increasingly shittier jobs with the lower pay, the longer hours, the reduced benefits, the end of overtime and the vanishing pension that disappears the minute you go to collect it.

And now they’re coming for your Social Security money. They want your fucking retirement money. They want it back, so they can give it to their criminal friends on Wall Street. And you know something? They’ll get it. They’ll get it all from you sooner or later. Because they own this fucking place. It’s a big club… and you ain’t in it. You and I are not in the big club.

That’s what the owners count on, the fact that Americans will remain wilfully ignorant about the big red, white and blue dick that is being shoved up their ass every day. Because the owners know the truth. It’s called the American Dream because you have to be asleep to believe it.

Here is some thinking outside the box when it comes to the financial criminals and Wall Street pigs, I heard some guy on a radio show awhile back (perhaps it was the Lynn Samuels Show) musing about how he had just seen Tarantino’s Inglourious Basterds and that our financial terrorists should be treated as the Nazi victims of the Basterds were (at least the ones they didn’t scalp), swastikas were carved onto their foreheads so that when the war was over EVERYONE would know that they were once Hitler’s little winged monkeys once they took off the uniform, the caller suggested that perhaps it would be justice if $ signs were similarly carved into the heads of the looters. Now not that I would ever do such a thing or even advocate it but you have to admit, it’s thinking outside of the box like that that could bring America back from the toilet. And I would like to know who the vermin who put it there are once this catastrophe is over, they can start with the top pricks over at Progress Energy if there is a blackout like the terrorists are threatening.
Just my two cents over the morning cup o’ joe
EE